www.malaccahigh.net/mhs was started in 2006 while the blogspot was constructed later. As website technlogy improved with easier posting of text and photos, we find easier to post our news, activities and photos on our newer blogspot site. The earlier website must transfer the photos by FTP which is rather cumbersome.

As webmaster for these sites since inception in 2006, we will concentrate our postings on www.malaccahighnet .blogspot.my from 2017 onwards.

The old site will still be put there for visitors to read past articles.

It is for the better in terms of faster postings and maintenance.

We look forward to your continuous support in our website.

Merry Christmas to all Christians and Happy New Year 2017 to everyone.

MALACCA HIGH NET Webmaster
Posted by TW Kang at 4:42 AM No comments:

After all our hardwork, deliberations, friendly argument and many cups of teh tarik and Nescafe, our MHS 190 organising committee has successfully completed our biggest year event of 2016.We celebrated our Alma mater 190 years of founding by holding a grand dinner for our alumni members from all over the world.

MAHSOPA MHS190 Organising Committee
During that night, friends whom we never met after decades became a reality.We also invited our former teachers and staff of Malacca High School. 10 other schools alumni were invited to join in our celebration as well.The event started out at 7.30pm and only ended just past 11.00pm. 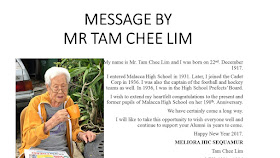 Sin Chew newspaper has written a piece on our MHS 190 Anniversary dinner. 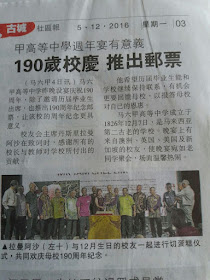 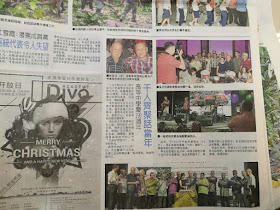 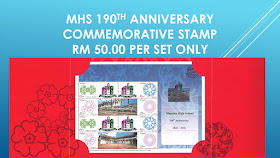 During the MHS 190 Anniversary Dinner on Saturday, 3rd. December 2016, as a surprise to all attendees, MAHSOPA launched the sale of our limited edition MHS 190 Commemorative Stamp.

Only 300 sets of this stamp are sold at RM 50.00 per set without delivery. Delivery by Poslaju courier within Malaysia is set @ RM 10.00 only. Overseas postage/courier charges are separate depending on Zones around the World.

We sold more than 180 sets on the launching night. MAHSOPA wants to thank all buyers for their overwhelming support in buying this Collector's item.

Interested buyers can still express their interest in wanting to buy these stamps by emailing us at : admin@mahsopa.net. Give us your name, last year at MHS and address. Let us know how many sets of these stamps you want as well. We will get back to you. Thank you.

Webmaster
www.mahsopa.net
Posted by TW Kang at 4:31 AM No comments: 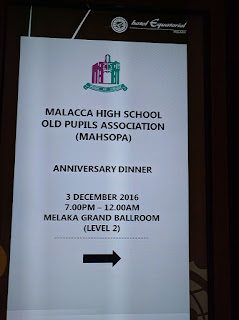 LCD Notice to our MHS Dinner 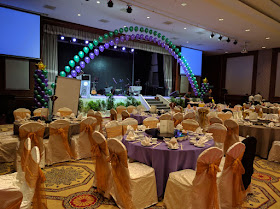 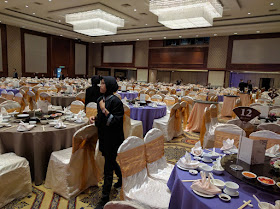 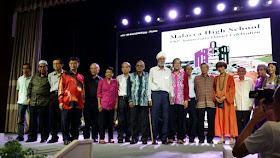 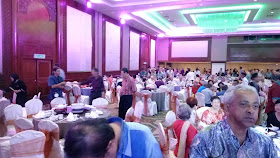 Alumni members at the dinner 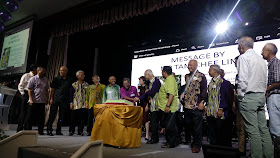 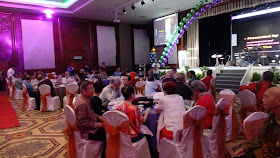 MAHSOPA final major event of 2016 was successfully carried out last night. This is none other than organising and hosting the Malacca High School 190 th. Anniversary dinner by MAHSOPA.

Planning for this event started about 6 months by forming our Dinner Organising Committee.

Momentum picked up during the last 100 days before the event. 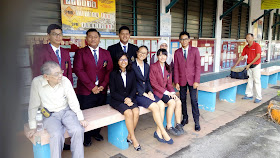 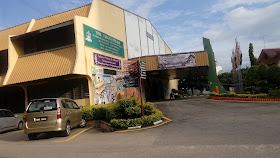 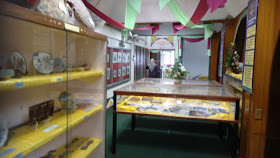 Collection of old photos, trophies and other memorable artifacts in the gallery. 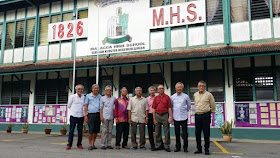 Some of alumni members on Pre-school visit 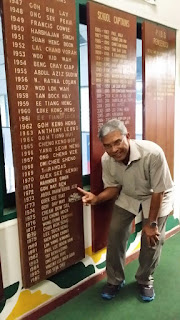 Datuk Rahim Roll of Honour in 1973 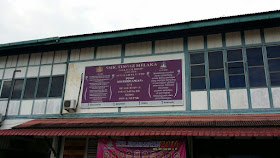 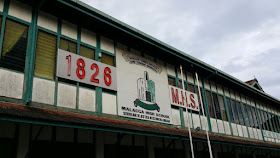 
More than 20 former pupils came to visit the premises and toured around their former school.

All former pupils and family are invited to visit the School premises.
Posted by TW Kang at 4:26 AM No comments:

Tonight is our MHS 190 Anniversary Dinner. It is finally here. Limited seats are available based on first come and first basis.

Our MHS 190 Souvenir Programme can be seen here.: http://online.fliphtml5.com/etwt/wjjg/#p=1
Posted by TW Kang at 4:23 AM No comments:

On 3rd. December 2016, our MHS 190th. Anniversary Dinner will be held at Equatorial Hotel, Melaka.

We expect more than 60 tables to be taken up. If you have not sign up yet, you can do so by signing up online at www.mahsopa.net.

We look forward to your presence in celebrating our 190 years of founding Malacca High School.

60 days to go to our MHS 190th. Anniversary dinner organized by MAHSOPA. Time is getting shorter by the day.

For those former MHS pupils, their relatives and well wishers who want to join in our celebration, please register online or via email as soon as possible.

Bookings registered and pledged including our reserved tables stand around 63 or more. We expect more tables and individuals will sign up within October. Our target is 100 tables.

Ex-Pupils from overseas should book their accommodation via the Internet.

However, MAHSOPA is trying to obtain good hotel rates at Equatorial Hotel for our guests.

If you require our assistance on hotel bookings, please email us at admin@mahsopa.net.
Posted by TW Kang at 3:36 AM 1 comment:

In order for MAHSOPA to create awareness of our dinner in December 2016, we will be placing a few banners around Malacca.

ONLINE DINNER REGISTRATION ASSISTANCE
HAVE YOU RESERVED YOUR SEATS FOR MHS 190!!!

After one month of placing our MHS 190th Anniversary Dinner announcement on our websites and social media for our former pupils to register online, some may find it cumbersome to do so. Let us assist you

MAHSOPA will assist you to register online, please provide the following details:

You can send your details to :

A notification will be emailed to you after the registration is successfully done.
Posted by TW Kang at 3:21 AM No comments:

He was the longest serving principal and during his tenure, the school celebrated her 150 th. Anniversary and the school hall was opened in 1984.

Come and join in the fun in remembering your care free days at Malacca High. 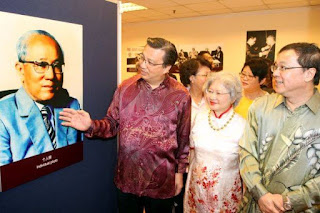 (From left) Liow, Tan Siok Choo and Dr Hou tour the exhibition on Tun Tan's centennial.
KUALA LUMPUR: He is known for being thrifty, to the point of not carrying any cash with him when he goes around.
However, Tun Tan Siew Sin, the country's longest serving finance minister, is best remembered for great things, including laying a strong foundation for Malaysia's economy.
Tan, who was MCA president from 1961 to 1974 and finance minister from 1959 to 1974, passed away on Mar 17, 1988.
Born on May 21, 1916, the MCA held a ceremony to commemorate Tan's centennial at the party headquarters here Saturday afternoon.
MCA president Datuk Seri Dr Liow Tiong Lai paid tribute to Tan, saying the strong financial foundation he laid helped Malaysia weather financial challenges thereafter.
On education, he said Tan set up the Tunku Abdul Rahman College (TAR College) in 1969, and the college had produced 170,000 graduates to date, who in turn contributed to nation-building.
TAR College's status was upgraded to Tunku Abdul Rahman University College in 2013.
Liow, who is also the university college's chairman, pledged to continue Tan's good work.
Besides TAR College, he said, Tan also helped to develop Chinese education in the country.
Liow said TAR College's good track record had enabled the MCA to set up Universiti Tunku Abdul Rahman (Utar) in 2002, and it has subsequently risen to be among the biggest private universities in the country now.
Liow also launched a book titled Ancestral Home of Tun Tan Siew Sin.
Also present were Tan's children, Tan Siok Eng, Datin Paduka Tan Siok Choo and Tan Siok Lee and other family members.
Those present observed a minute of silence to pay respects to Tan's wife, Toh Puan Catherine Lim Cheng Neo who passed away on May 10.
The event's organising chairman Datuk Dr Hou Kok Chung advised the younger generation to visit the exhibition on Tan at Wisma MCA here from Saturday and May 29 to get to know more about the outstanding man.
Webmaster: Tun Tan Siew Sin studied in Malacca High School during his formative years. Datuk Seri Dr. Liow Tiong Lai studied 2 years in MHS for his 6th. Form. He came in from Merlimau/Jasin.
Posted by TW Kang at 5:59 AM 1 comment:

We target 100 tables for this function.

5 tables have already been booked in advance. 1 of these tables was booked from Singapore.

Sponsors for door gifts and tables are welcomed for this event including adverts for our proposed 190th. Anniversary dinner souvenir programme.

We are also trying to obtain good hotel rates for overseas members. Should you require our assistance, please email us as well.

Kindly email to admin@mahsopa.net
Posted by TW Kang at 12:38 AM No comments:

Advanced bookings can be made to: admin@mahsopa.net.

Updates will be posted on www.mahsopa.net and our social media like Facebook etc.
Posted by TW Kang at 8:04 PM No comments: